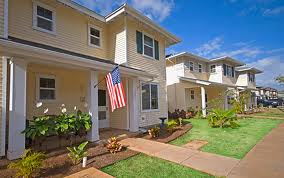 Housing once again became a hot marketplace topic when President Obama laid out his plan for the future of housing finance last week. He urged Congress to take action on  housing legislation before year end.

As the market improves, there’s now focus on what should happen next to meet long term market needs. With a wide range of opinions on how much or how little government should be involved, we offer a few critical points to consider when forming your own opinion:

The Fannie/Freddie model of private gains and public loses is obsolete. Will the huge dividends now being returned to the Federal coffers by the GSEs slow momentum for reform?

A limited government role in housing finance as a backstop and to leverage the deep, liquid credit markets Fannie Mae and Freddie Mac developed over several decades will keep borrowing costs from increasing, preserve the option of a 30-year fixed rate mortgage, and ensure responsible, creditworthy first-time homebuyers have the opportunity to buy a home.

Decrying the irresponsible lending practices that caused the unprecedented housing crash, and then declaring that all housing finance should rest entirely on the private market is contradictory.

In fact, the private market made billions securitizing subprime loans while convincing investors worldwide that they were no more risky than prime loans. Despite all of the Feds Quantitative Easing flooding the market with money, the private market has not stepped up its lending activity. Without a federal backstop, borrowing costs will rise, especially for first-time homebuyers, some of whom could be thrown into an entirely new class of subprime loans.

What do you think should happen next? What will be the impact on today’s homebuyers?